A Revolutionary May 1st in Brussels !

All over the world, the resistance of the exploited responds to the attacks of the exploiters. Ten years after the “2008 crisis”, these offensives succeed one after the other, supervised by successive governments, either social-democrats, or liberals and Flemish nationalists. Capitalism claims to lead us out of “crisis”, while it has never stopped causing it.

Each year, capitalism imposes harsher work rates, more precarious conditions on workers, and an always more unsustainable marginalisation for those who are pushed out of the life-raft. Whether it declares himself in crisis or not, he keeps asking us for more work every week and more flexibility. When he achieves to terrorise the exploited with the spectre of social exclusion, he replaces them with automatic checkouts like at Carrefour supermarket, he forces them to transform themselves into false self-employed as Deliveroo. For those who are excluded, it still reinforces controls, marginalisation, precariousness, impoverishment and with the collaboration of trade union bureaucracies.

Inside the Fortress Europe, the Islamist scarecrow allowed the imposition of a permanent state of emergency, widespread surveillance, simplified judicial or extrajudicial searches (such as new home visits), systematic filing of all those who resist the established order. Only A few days were needed for Belgium to use its anti-terrorist legislation to extradite Belgian-Turkish militant Erdal Gokoglu to Germany, where he will be tried for fighting against Erdoğan’s fascist regime. States are increasingly systematising the filing, jailing, and deportation of undocumented migrants, even when they are sent back to hunger, torture, prison, war, and death.

Outside of the fortress, the imperialist forces keep tearing the “dominated” countries apart. From Maghreb and Africa to the Middle East, they continue to sow desolation through Libya, Syria, Iraq, Palestine and Yemen. The Kurdish, Arab, Syriac and many other peoples are victims of the savagery of the Turkish state in its attack against Afrin and Rojava. An attack waged with the blessing of American, Russian, and European imperialism, which demonstrates (but nobody doubted it) that the brief conjectural alliance with the Kurdish forces against Daesh was only a tactical episode. Its strategic alliances, imperialism reserves them to the most reactionary forces, petro-monarchies or Salafist movements.

Reformists and social-democrats will organise -as each year- a May First “Festival” to hide the fact that we don’t need to party, we need to struggle. We need to build the unity of the revolutionary forces through the unity of the class of exploited, denouncing the exclusion of racialised, the deportation of undocumented migrants, and the male domination. Dividing our class is a priority for the dominant class, and its governments are borrowing from fascist movements a wide part of their agenda. The direct solidarity movement towards the undocumented migrants and the liberation of the speech of women confronted to sexist violence show us that the resistance is possible.

The time now is for solidarity, with all who struggle, all who are jailed for practising their revolutionary ideals. They are thousands, buried alive, testifying every day to the capitalist ferocity, testifying to the current search for new revolutionary advances.

The “Revolutionary May 1st” demonstration will start from Saint-Gilles and walk to join the “1st May of Struggle” called by CGSP-ALR. 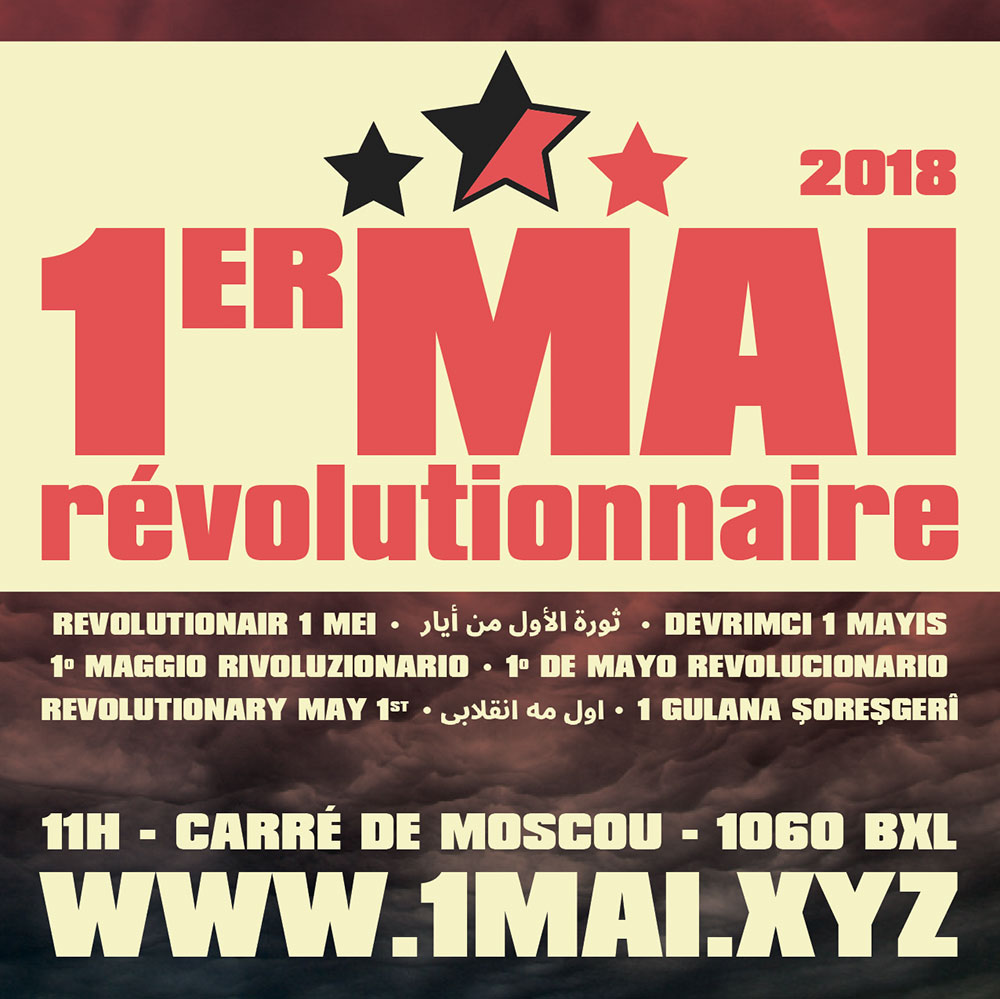 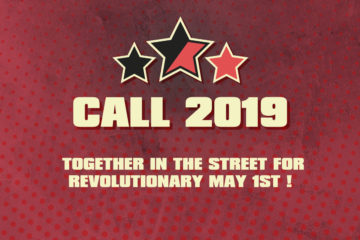 Together in the street for Revolutionary May 1st!

Thirty years after the fall of the Berlin Wall, capitalists keep repeating that there is no other viable system than theirs. However, it keeps fracturing under the blows of the ecological crisis that it provoked Read more… 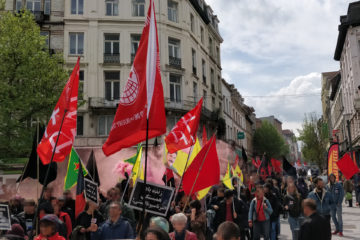 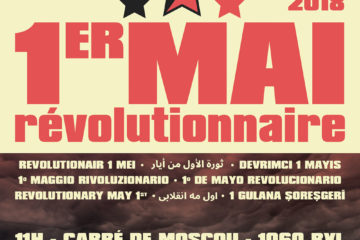